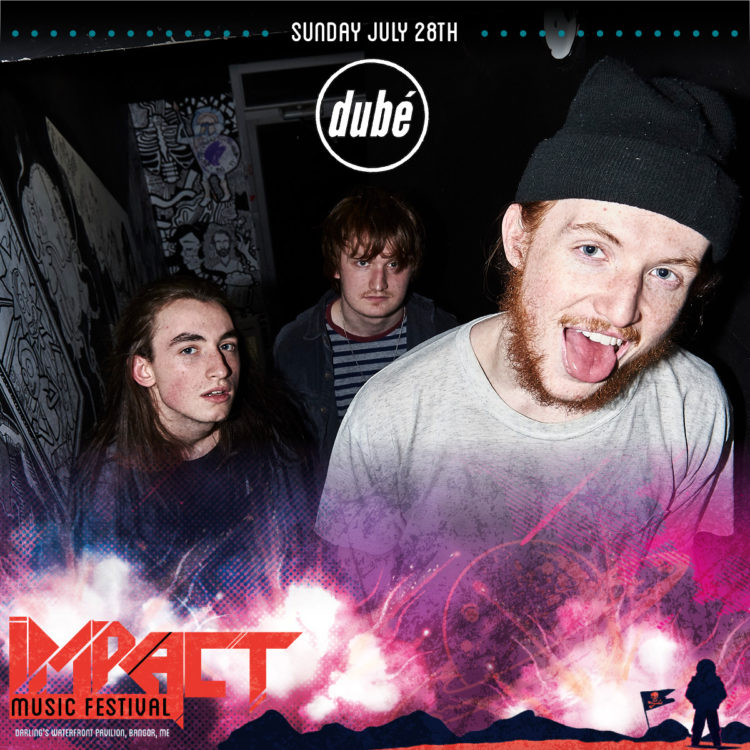 dubé is composed of three brothers – Jig, Liam and Quinn – who have been performing together since adolescence. As of now, the guys are only 17, 19 and 20 years old. “Stoned Love” is the first single from their forthcoming EP due out later this year. They previously released the song “Pretty Girls on Bikes” last year. Spotify has become an early supporter of the band, adding the song to some of their biggest rock playlists.

Pulling inspiration from 90s and 00s hip-hop and punk and from the aggressive, anarchistic outlook of even earlier rock records, the band proves they’re a step above the rest and ready to outperform their rivals.

dubé recently went viral in Canada after they appeared as a question on the Ontario Secondary School Literacy Test (OSSLT), which is Canada’s version of the SAT’s. It was featured on their national news: http://www.cbc.ca/news/canada/toronto/dube-osslt-1.4617511

With over 180 shows under their belt on their Canadian soil, including performances alongside Arcade Fire, an appearance at Bluesfest, Ottawa, and a secret London show back in June 2017, dubé’s entrance is proving to be one of chaotic yet glorious style.