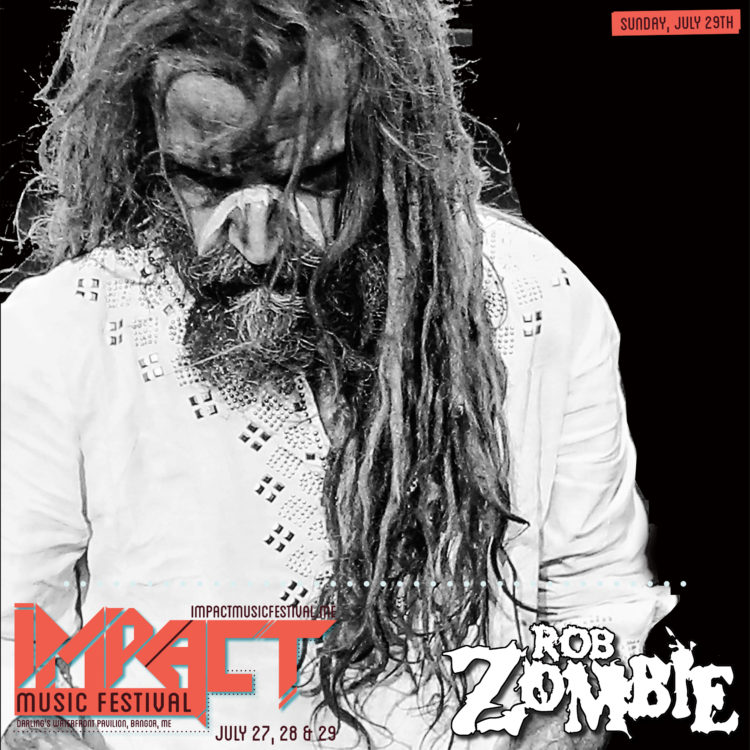 As a rock icon and filmmaker with a unique vision, Zombie has continuously challenged audiences as he stretches the boundaries of both music and film. He has sold more than fifteen million albums worldwide, and is the only artist to experience unprecedented success in both music and film as the writer/director of seven feature films with a worldwide gross totaling more than $150 million.

Rob Zombie has achieved great success as a solo artist with several multi-platinum and gold albums including Hellbilly Deluxe, The Sinister Urge and Educated Horses. In 2013, the seven-time GRAMMY® nominee released his fifth solo album, Venomous Rat Regeneration Vendor, on his Zodiac Swan label through T-Boy Records/UMe. The album debuted at No. 7 on the Billboard 200 and spawned two Top 10 Active Rock singles, “Dead City Radio and the New Gods of Super Town” and Zombie’s spin on Grand Funk Railroad’s anthemic “We’re An American Band.”

This past winter he released his first live album in over eight years called SPOOKSHOW INTERNATIONAL LIVE. Filled with nineteen tracks recorded during his critically acclaimed US tour in 2014, the record became an instant fan favorite. Rob has also been spending more time in the studio as of late and will be releasing a new full-length album soon.

In terms of his film career, Zombie’s Halloween, released in 2007, earned the No. 1 spot at the box office in its opening weekend, and his first two films House of 1,000 corpses and The Devil’s Rejects have become cult favorites among critics and fans. Rob Zombie’s seventh feature film, the highly anticipated 31, will be making its world premiere this month at Sundance Film Festival. Last year he also released his first live album in over eight years, SPOOKSHOW INTERNATIONAL LIVE, which is filled with nineteen tracks from the highlights of Rob’s critically acclaimed US tour of 2014. Zombie’s seventh feature film, 31 made its world premiere at Sundance Film Festival before its theatrical release on September 1.